America is in trouble! This is a message being spoken by Christian leaders all over our nation, from Billy Graham to Pat Robertson, from John MacArthur to Steve Strang (founder and president of Charisma Magazine). All of these believe that America is in danger of coming under the judgment of God. Many believe this judgment has already begun. 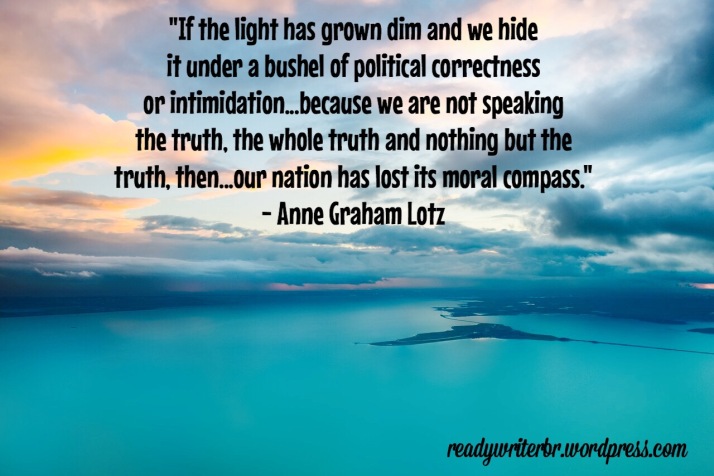 Signs are clear that America has lost its moral compass. According to an article on CBN.com, since 1960, crime in the United States of America has increased by 371%, with juvenile crime up 920% since 1985. The homocide rate is the highest of any industrialized nation. The U.S. is now the world leader in divorce, teenage pregnancy, voluntary abortion, and illegal drug use.

Anne Graham Lotz, daughter of Billy Graham and Chairwoman of the National Day of Prayer, says America has gone astray. She is among those who have been crying out an alarm. “We live in a nation that has lost its soul. Our abundance has led to greed. Our freedom has become license to turn away from God and pursue the role of the prodigal. Our national religious heritage is being forgotten or ridiculed as irrelevant or old fashioned.” She added, “America has become one of the most sinful nations in the world. We have done more to destroy the morality of other countries than any nation in history. We have become the single greatest market on the globe for illegal drugs, and we lead the world in exporting pornographic magazines and films.”

So where is the church of Jesus Christ in the midst of this widespread moral decay in our nation? As many as 70 million Americans go by the name “Christian,” so why isn’t the church having a positive influence on our culture as a whole? Could it be because we have become so much like the world around us that we no longer have the ability to be the seasoning and preserving salt that Jesus called us as His followers to be? That we no longer shine a light on the corruption in our nation because that same corruption has invaded the church?  I agree with syndicated newspaper columnist Cal Thomas who recently wrote, “The Church needs fixing too… much of America’s major social problems can be put at the feet of the undisciplined, biblically ignorant, disobedient, uninformed, uncommitted, lethargic church.”

One reason for the condition of today’s church is that the church as a whole has abandoned the Scriptures and is preaching what Paul referred to in Galatians 1::6 as “another gospel.”  If Paul were alive and in America today, I believe he would again say, “I marvel that ye are so soon removed from him that called you into the grace of Christ unto another gospel:” (‭‭Galatians‬ ‭1:6‬ ‭KJV‬‬)

Many churches today preach what David Wilkerson called “an accommodating gospel,” one that is willing to do whatever is needed to make unbelievers feel comfortable. Instead of preaching the necessity of repentance and death to self, these churches exclusively emphasize God’s love and grace. Love and grace are definitely a part of the gospel, but so are God’s discipline and judgment.

In fact, 1 Peter 4:17-18 makes it clear that God’s judgment of a nation will begin among His people. “For it is time for judgment to begin with God’s household; and if it begins with us, what will the outcome be for those who do not obey the gospel of God? And, ‘If it is hard for the righteous to be saved, what will become of the ungodly and the sinner?’” (‭‭1 Peter‬ ‭4:17-18‬ ‭NIV‬‬)

So, in light of this truth, is there any hope for the American church? YES! But that hope will come with change. Here are a few of the things that need to change.

It is sobering to realize that we can no longer honestly call ourselves “one nation under God.” If we want to see that once again true, the change must begin with God’s people. As Jesus said, His true church will know what it is to be hated by the world. “If you belonged to the world, it would love you as its own. As it is, you do not belong to the world, but I have chosen you out of the world. That is why the world hates you.” (‭‭John‬ ‭15:19‬ ‭NIV‬‬)