Life with chronic illness can make you feel very alone.

You go to a new doctor and leave the office feeling like you were not listened to. After being diagnosed, your earlier dreams have been sidelined. Your life now feels as if you have been assigned to a place of insignificance, and you are powerless to change it. In other words, chronic illness often causes us to feel marginalized, overlooked.

There is a story in the book of Genesis about a young woman who was very familiar with these emotions. Her name was Hagar, and she was an Egyptian servant, purchased by Abram for his wife Sarai. Her story is told in Genesis 16.

“Now Sarai, Abram’s wife, had borne him no children. She had a female Egyptian servant whose name was Hagar. And Sarai said to Abram, ‘Behold now, the Lord has prevented me from bearing children. Go in to my servant; it may be that I shall obtain children by her.’ And Abram listened to the voice of Sarai.” Genesis‬ ‭16:1-2‬ ‭(all verses are in ESV‬ unless noted)‬

A woman’s fertility—her childbearing ability—was of great importance in Bible times. A woman gained a sense of value by her ability to give her husband many sons. Those who could not conceive suffered greatly emotionally.

But Sarai had a plan to give Abram the son he wanted. Basically, instead of asking God to heal her barrenness, Sarai decided to take things in her own hands. And Abram went along with her plan. The story continues:

“So, after Abram had lived ten years in the land of Canaan, Sarai, Abram’s wife, took Hagar the Egyptian, her servant, and gave her to Abram her husband as a wife. And he went in to Hagar, and she conceived. And when she saw that she had conceived, she looked with contempt on her mistress. And Sarai said to Abram, “May the wrong done to me be on you! I gave my servant to your embrace, and when she saw that she had conceived, she looked on me with contempt. May the Lord judge between you and me!” But Abram said to Sarai, “Behold, your servant is in your power; do to her as you please.” Then Sarai dealt harshly with her, and she fled from her.” Genesis‬ ‭16:3-6‬

Sarai now decided Abram was to blame for this whole situation. Abram’s response: “Hagar is your servant, so do whatever you want with her.”

Sarai mistreated Hagar so badly that she ran away from her mistress. As Hagar flees from Sarai, God reveals to this lowly servant the name of God that is the focus of today’s blog post.

This is the only time that this name of God is used in Scripture. But we see this name demonstrated if not used in many other portions of Scripture. One of my favorite is Psalm 139, which begins with these words.

“O Lord, you have searched me and known me! You know when I sit down and when I rise up; you discern my thoughts from afar. You search out my path and my lying down and are acquainted with all my ways. Even before a word is on my tongue, behold, O Lord, you know it altogether.” Psalm‬ ‭139:1-4‬ ‭‬‬

The LORD Yahweh is Our Good Shepherd

Reclaiming Your Life: The Place of Biblical Self-Care in Chronic Illness Management 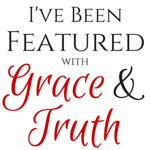 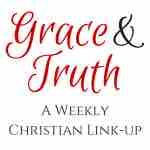